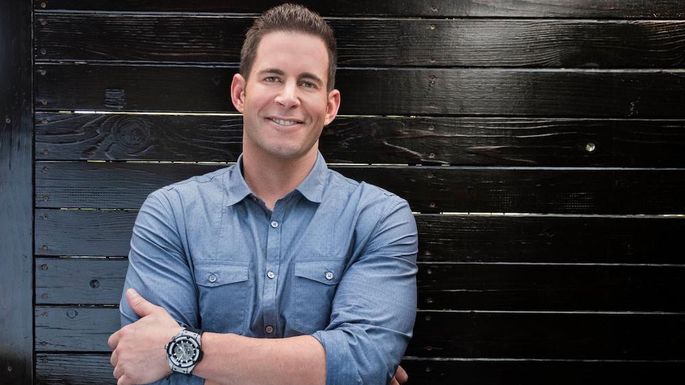 Tarek El Moussa is known best for flipping houses with his ex-wife, Christina Anstead, on their long-running HGTV show “Flip or Flop” (whose ninth season is coming soon).

In the meantime, El Moussa has been plenty busy with his new show, “Flipping 101 With Tarek El Moussa.”

In "Flipping 101," El Moussa teaches novice flippers how to renovate homes to boost their value—and fetch top dollar on the sale. To his credit, his protégés almost always turn a profit!

So what's El Moussa's secret to helping these beginner flippers succeed, when so many newbies crash and burn?

After analyzing every episode of the show's first season, we noticed that El Moussa turned to certain upgrades again and again, and that they never failed to impress buyers and inspire top offers.

Here are his suggestions for making a flip look luxe, just in case you're considering a few upgrades to your own home that may pay off down the road! 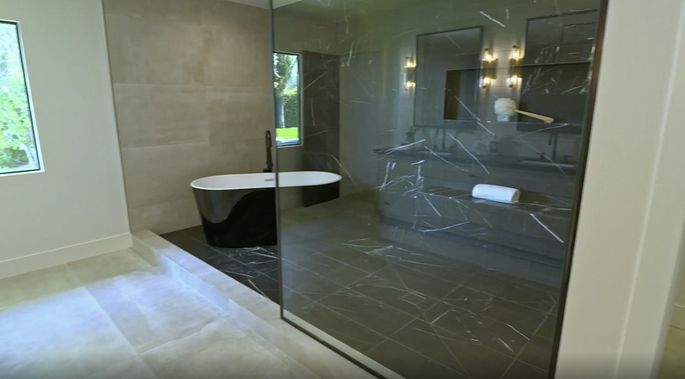 El Moussa knows that great bathrooms can sell houses, so he’s always telling flippers to double down when they start thinking about the master bathroom—especially when it comes to shower size.

El Moussa knows that giant showers look luxe and elegant, so he’s always willing to knock down walls and commandeer closets in order to get an extra few inches of shower space.

Apparently, he’s not the only one who loves this feature. Whenever his flipping students take his advice and prioritize shower size, the offers roll in big-time.

2. Accent tile in the bathroom 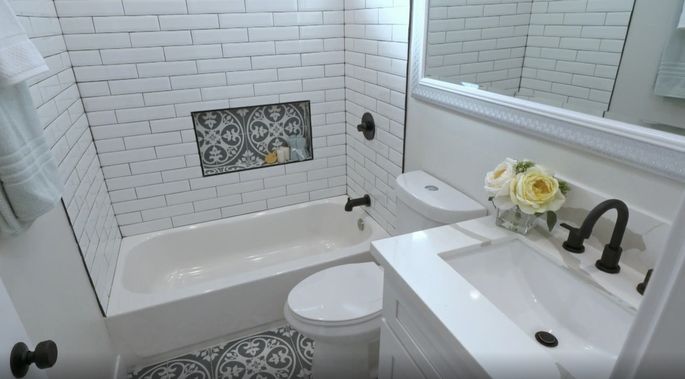 Although the size of a shower seems to be El Moussa’s biggest bathroom priority, when he can’t go big, he always goes bold, with style.

One way he brings that extra El Moussa flair into a flipper’s bathroom design is recommending an accent tile for the floor and soap niche. This tiny detail gives the loo a luxe look that can help boost the price.

3. Tile on kitchen islands and peninsulas 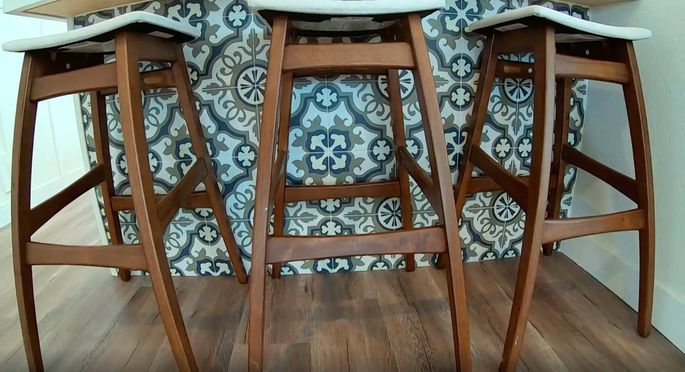 Tile kitchen backsplashes are a must-have in any flip, but when the backsplash isn’t enough, El Moussa tells flippers to bring some extra color into a kitchen, by giving the kitchen island or peninsula some tile, too.

El Moussa knows that some modern accent tile on the peninsula can help make the kitchen pop, giving the space a little extra color and style. 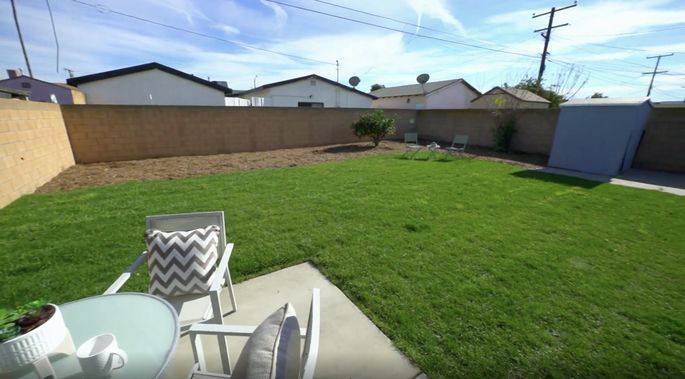 El Moussa knows that backyards are important to buyers, but he also knows that investing a bunch of money in the yard can be a waste. Why spend on a patio or pool when the next owner may want something different?

He often tells his students to skip the high-end backyard features and simply make sure that it looks presentable. El Moussa is a big fan of new grass and mulch, which provide a fresh look and a clean slate for the next owner to work with. 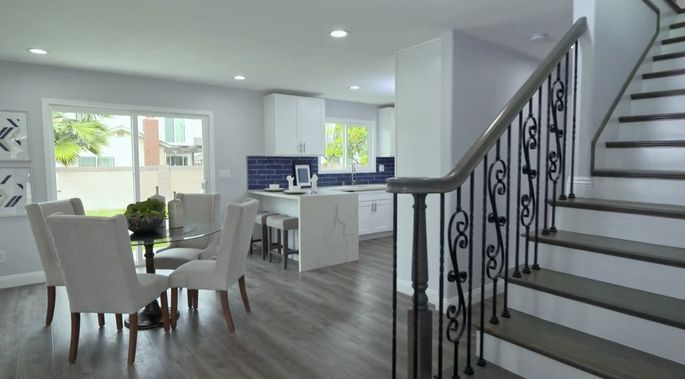 A lot of El Moussa’s flips in Southern California have two stories—and that means a staircase.

Stairs can be either a great feature or an eyesore, depending on the style, which is why El Moussa likes to pay special attention to this feature.

He’s quick to suggest replacing an outdated banister and railing with a modern black design. Then, any time he sees carpet on the steps, he also insists replacing it with hardwood instead, to match the rest of the house.

In the end, El Moussa always proves that a little extra investment in the stairs can make a big difference to the whole house.

6. An open floor plan, no matter what the cost 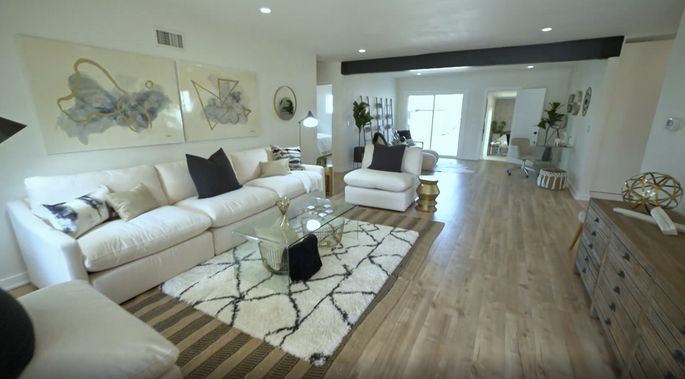 El Moussa knows that buyers will pay top dollar for an open floor plan, so even though busting down walls may be expensive, it's nearly always worth it.

Most flippers heed this advice, but the few who don’t, pay the price, getting feedback from buyers that rooms seem small or cut off from the rest of the home. 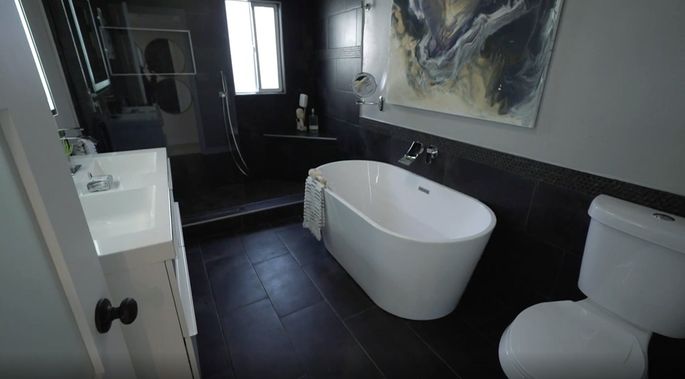 While many buyers love light tile, El Moussa often goes against the grain by advising flippers to choose darker tones.

While a black shower or a dark kitchen may not be for everyone, this choice is an easy way to bring a more luxurious, high-end look into a house.

Wallpaper has long shed its reputation as fussy and outdated. El Moussa loves using fun wallpaper in his designs, and is always telling flippers to do the same.

It’s an easy and inexpensive way to give any room an accent feature that buyers will love.

9. A fireplace that makes a statement

El Moussa knows that the fireplace is often the focal point of a living room, so he loves to make it stand out.

Some of his favorite fireplace designs include modern, patterned tile and clean marble slabs, both of which look amazing in a modern home, and can really increase its value. The perfect fireplace can often be a big selling point. 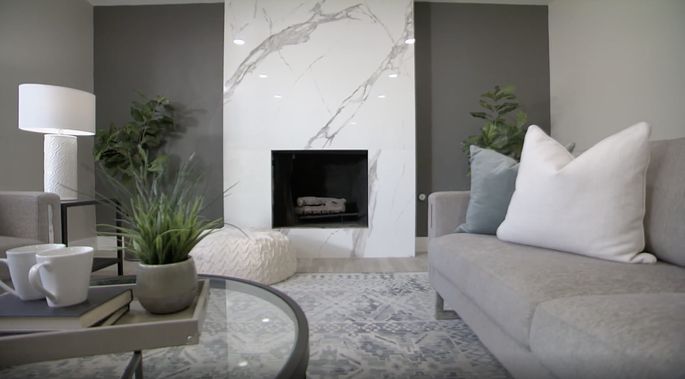 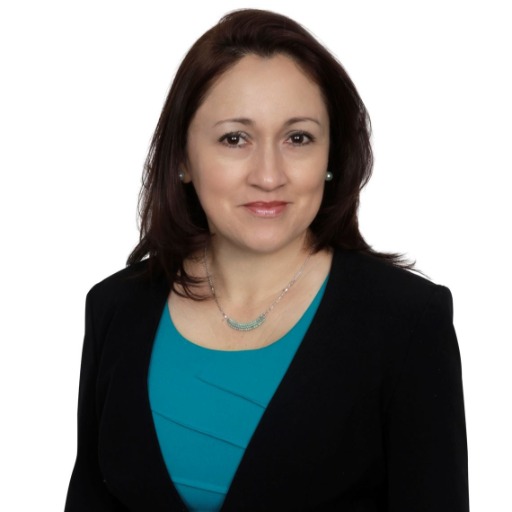 Housing Supply Is Rising. What Does That Mean For You?

Housing Supply Is Rising. What Does That Mean for You?An important factor in today’s market is the number of homes for sale. While inventory levels continue to sit near historic lows, there

Do You Have A Case Of Buyer Burnout?

The Truths Young Homebuyers Need To HearNote from Karen:NoVA's crazy Spring Selling Season left a lot of potential home buyers with a bad case of  "Buyer Burn Out".If that was your experience,

HERE IS WHY - THE HOUSING SHORTAGE COULD LAST 6 YEARS

Will The Housing Market Maintain Its Momentum?

Will the Housing Market Maintain Its Momentum?Last week’s Existing Home Sales Report from the National Association of Realtors (NAR) shows sales have dropped by 3.7%

By registering, you agree to our terms of use and that real estate professionals and lenders may call/text you about your inquiry, which may involve use of automated means and prerecorded/artificial voices. You don't need to consent as a condition of buying any property, goods or services. Messages/data rates may apply.